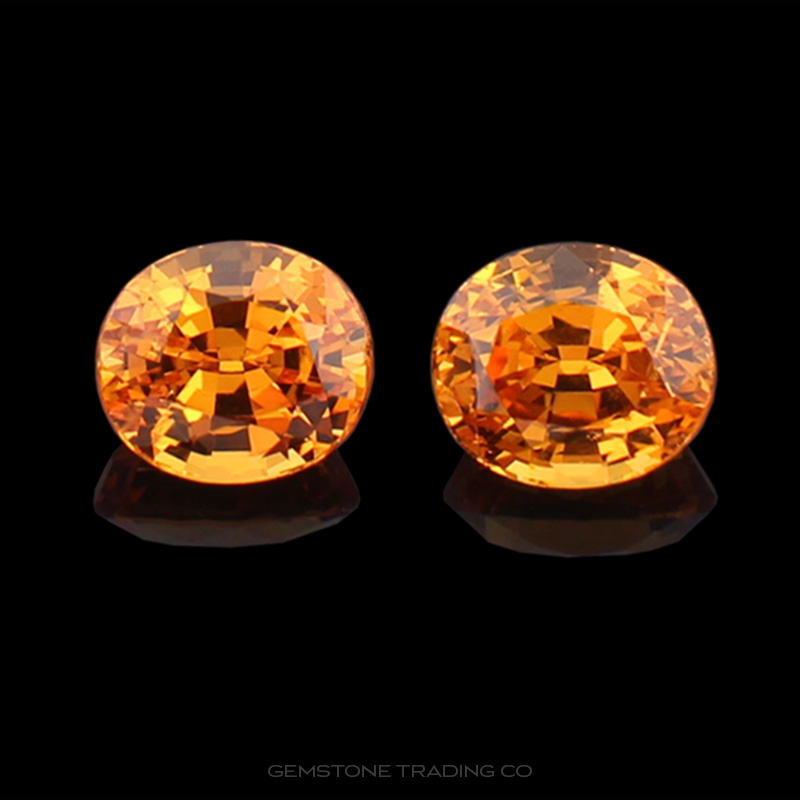 Spessartite shot to attentions of many through an intense, vibrant deposit found in Namibia coined “Mandarin Garnet”. This deposit ran out years ago but the notoriety has remained. They have since found Mandarin varieties in Nigeria, Mozambique and Madagascar but the latter are generally littered with hazy inclusions that reduce the vibrancy of the stones.

Spessartite is ideochromatic, meaning that it is coloured by a fundamental element in its composition. That element is manganese, which produces an orange colour. Aside from the bright mandarin colour they also produce neutral oranges and burnt oranges in abundance. They are able to exhibit deep red hues when iron is mixed in too.

Unfortunately Spessartites will always be limited in popularity by the relative high quantities of the cheaper quartz substitute of Citrine that have very similar colours (although nothing comparable to the Mandarin class). It should be noted however that garnet is a harder more tenacious stone that has no known methods of enhancement. A much more attractive option for any real gem lover!